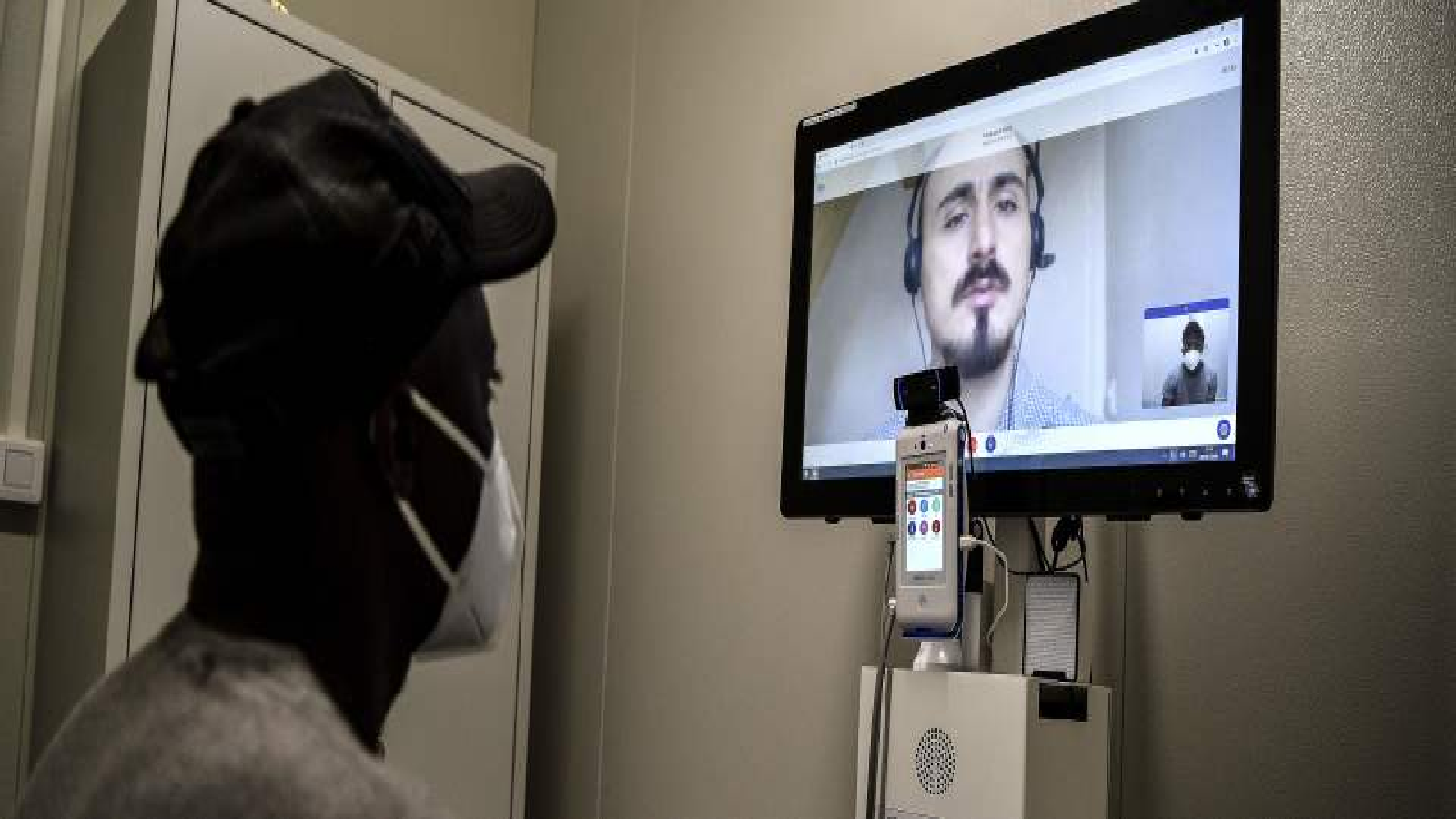 Federal watchdogs are investigating whether the expansion of telehealth services during the pandemic opened the door to fraud and abuse, a move that policy experts say could help determine the future of the practice.

U.S. health-care providers embraced telemedicine over the past year as a way of providing continuing care to patients who would otherwise have lost access because of Covid-19 restrictions or their own fear of visiting the doctor’s office. Federal regulators removed barriers to telehealth in Medicare and Medicaid, and many providers want those changes to be made permanent.

But the Justice Department and the Office of Inspector General of the Department of Health and Human Services complicated the picture by announcing a $4.5 billion health-care fraud “takedown” of telemarketers and telemedicine companies. The OIG is auditing telehealth providers, and the results could help give policy makers a clearer view of the risks and rewards, industry insiders say.

The OIG audits could also provide an important corrective to the sensationalized picture from the takedown, said Krista Drobac, executive director of the Alliance for Connected Care, a telehealth advocacy group.

“We think it’s great that the OIG is doing these audits, because we’re very confident of what they’re going to find,” Drobac said. “To the extent that there’s fraud in telehealth and telemedicine, it’s no different from in-person care, and no more frequent. And in some ways telehealth is better from a fraud perspective because of the electronic trail it leaves behind.”

Andrew VanLandingham, OIG’s senior counselor for Medicaid Policy and acting health IT lead, said the goal of the audits is “to make a first down payment on what will telehealth look like in the future, and what are the appropriate safeguards from a program integrity perspective that are needed to ensure that telehealth works for patients, works for providers, and works for federal health-care programs.”

Telehealth surged during the pandemic from a barely used niche to an essential means of delivering care.

Under Medicare rules, which act as a template throughout the health-care system, telehealth had been largely limited to rural areas, and was used primarily to give patients access to specialty care not available in remote locations.

But by April 2020, a month into the pandemic, telehealth use was 78 times greater than before, and represented nearly one-third of all office and outpatient encounters, according to a July report from McKinsey & Co.

Telehealth use has since dropped off a bit, but appears to have stabilized at levels far greater than before the pandemic—from 13% to 17% of encounters, depending on the specialty, the report said.

Temporary waivers from limits on telehealth reimbursement enabled the surge.

The changes expanded the range of providers allowed to offer telehealth services, the locations where telehealth encounters could take place, and the technology platforms that could be used, according to Jacob J. Harper, an associate at Morgan Lewis in Washington, whose health-care practice involves compliance, reimbursement and negotiations with the Centers for Medicare & Medicare Services and the OIG.

Other changes at the state level removed barriers to cross-border telehealth services by waiving requirements that providers be licensed in the same state as the patient, he said.

Most of the changes are set to expire at the end of the Covid-19 public health emergency, but policy makers are beginning to consider which should be made permanent.

The OIG audits will make an important contribution to that process, VanLandingham said. “Before the pandemic, we didn’t really understand the program integrity risks of telehealth in federal health-care programs because they represented such a teeny tiny amount of the claims,” he said.

“With the changes associated with Covid-19, this is our first chance to dive in and see what are the real program integrity risks, and what are the things that policy makers should adopt to put in appropriate safeguards.”

The OIG plans to release audit reports with policy recommendations later this year and in early 2022, VanLandingham said.

The surge in telehealth use during the pandemic was historic, but the chill from the September 2020 health-care fraud takedown was real, said Harper.

The schemes at the center of the takedown involved the coordinated activities of telemarketing companies, telemedicine companies with access to willing doctors and providers, and sellers of durable medical equipment, genetic tests, and compound drugs.

In many ways, these were old-school fraud schemes, said Drobac. Telemarketers made contact with hundreds of thousands of Medicare beneficiaries through cold calls and internet pop-ups, and connected them with doctors who ordered unnecessary knee braces, genetics tests, or pain creams for them without anything more than a cursory phone call.

These schemes have been around for decades, and have nothing to do with legitimate telehealth practice, she said. They also took place before the Covid-19 pandemic, and before the regulatory changes that have made it so much easier to provide telehealth services.

“These schemes don’t involve billing for telehealth services, and shouldn’t even be seen as telehealth fraud,” Drobac said.

But that wasn’t the impression created on Capitol Hill, said Harper.

The focus on telemedicine companies in the 2020 takedown ended up pumping the brakes on the momentum that was gathering behind expanding telehealth,” he said. “Because now policy makers were saying, ‘We’ve got these significant concerns about fraud in telehealth services, and maybe we shouldn’t be expanding this benefit in the wake of this significant finding.”

The OIG appears to accept at least part of that analysis. In a Feb. 26 letter announcing the audits, Christi Grimm, the OIG’s principal deputy inspector general, said, “We are aware of concerns raised regarding enforcement actions related to ‘telefraud’ schemes, and it is important to distinguish those schemes from telehealth fraud.”

A recent $73 million fraud case in Florida involved a mixture of traditional fraud schemes and false billing for telehealth services. There, the owner of a genetic testing lab paid kickbacks to telemedicine doctors for ordering unnecessary—and expensive—tests from his labs, the Justice Department said. He also helped the doctors bill Medicare around $1 million for fraudulent telehealth visits, according to the indictment..

“These criminals are smart,” VanLandingham said. “The guys who organize these schemes know what they’re doing and pay attention to the rules, and it’s incumbant on us as an oversight and law-enforcement agency to inform policy makers of the risks.”

The focus of the OIG audits will be on gaining an overview of how the health-care sector as a whole is making use of telehealth and responding to its compliance obligations rather than zeroing in on misconduct by individual providers, said Nathaniel M. Lacktman, a partner at Foley & Lardner LLP in Tampa, Fla., and chair of the firm’s Telemedicine & Digital Health Industry Team.

“The rate at which laws and rules have changed for telemedicine has been incredibly fast,” Lacktman said. “And health care is already supremely complicated from a regulatory perspective, even before you factor in the 50 different states. And the result of all this is that there’s a lot of confusion, even among well-intentioned providers. I think the audits will shed light on that.”

The ultimate goal of the OIG is to take insights from the audits to create policy recommendations for the CMS about the appropriate guardrails for telehealth after the pandemic, Lacktman said.

“Telehealth is very much on the minds of lawmakers and regulators in terms of developing additional policy,” Harper said. “And the input from the OIG is going to be very important in shaping the future of telehealth, at least from the program-integrity perspective.”

To contact the reporter on this story: Christopher Brown in St. Louis at ChrisBrown@bloomberglaw.com

Learn more about how Blue Cirrus Consulting can help. Fill out the form below.
Recent Articles